”The Festival is excited to showcase these distinctively Canadian voices,” said Steve Gravestock, Senior Programmer, TIFF. “From compelling documentaries on pressing social issues and complex, affecting dramas to political satires, we are proud to share the impressive range and talent of Canada’s directors.”

“This year’s filmmakers represent the depth and diversity of Canadian storytelling,” said Magali Simard, Film Programmes Manager, TIFF. “By presenting the strong perspectives of the best and brightest in the film industry from across the country, we share with audiences the unique ways Canadians view the world.”

The Canada Goose Award for Best Canadian Feature Film will be given to one of many outstanding Canadian filmmakers, with the City of Toronto Award for Best Canadian First Feature Film being presented to the Canadian filmmaker with the most impressive debut feature film at the Festival. This year’s Canadian awards jury is composed of filmmaker Don McKellar (The Grand Seduction), Jacqueline Lyanga (Director of AFI Fest), and Ilda Santiago (Programming and Executive Director of Rio de Janeiro International Film Festival). 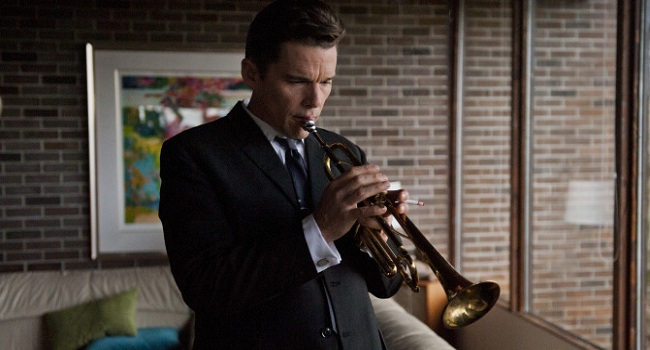 Born to be Blue

Born to be Blue Robert Budreau, Canada/United Kingdom World Premiere
Born to be Blue is a reimagining of jazz trumpeter Chet Baker’s life in the 1960s. When Chet is cast to star in a film about himself, a romance heats up with his female co-star, the enigmatic Jane. But his comeback bid is derailed when his past returns to haunt him and it appears he may never play music again. Starring Ethan Hawke and Carmen Ejogo.

Into the Forest Patricia Rozema, Canada World Premiere
In a not-too-distant future, sisters Nell and Eva find themselves shuttered in their home. Surrounded by nothing but miles of dense forest, the sisters must fend for themselves using the supplies and food reserves they have before turning to the forest to discover what it will provide. They are faced with a world where rumour is the only guide, trust is a scarce commodity, gas is king and loneliness is excruciating. And yet somehow miraculously, love still grows. Starring Ellen Page and Evan Rachel Wood.

Ville-Marie Guy Édoin, Canada World Premiere
An actress shooting a movie hopes to reconcile with her son. A paramedic haunted by his past tries to stay the course, while a caring nurse keeps an eye on him from afar as she tries, at the same time, to keep an emergency room running. It is at the Ville-Marie Hospital that these four lives will take an unexpected turn. Starring Monica Bellucci, Patrick Hivon, Pascale Bussières and 2015 TIFF Rising Star Aliocha Schneider. 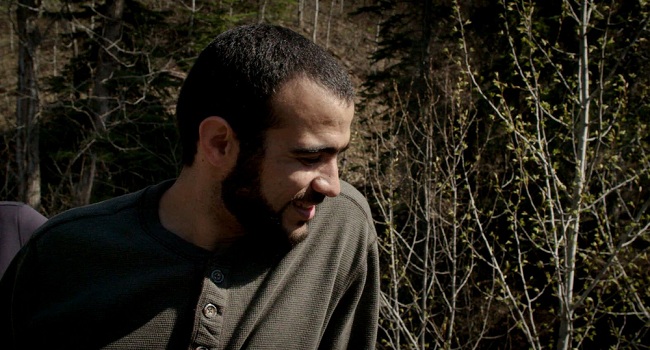 Al Purdy Was Here Brian D. Johnson, Canada World Premiere
Al Purdy was Canada’s unofficial poet laureate, though he admits he didn’t write a good poem until he was 40. He found his voice in an A-Frame cabin he built in Ontario’s Prince Edward County. Canada’s leading musicians and artists from Bruce Cockburn and Sarah Harmer to Margaret Atwood and Michael Ondaatje come together to tell his story and celebrate his poetry.

Guantanamo’s Child: Omar Khadr Patrick Reed and Michelle Shephard, Canada World Premiere
Omar Khadr: child soldier or unrepentant terrorist? The 28-year-old Canadian has been a polarizing figure since he was 15. In 2002, Khadr was captured by American forces in Afghanistan and charged with war crimes, including murder. After spending half his life behind bars, including a decade at Guantanamo, Khadr is released. This is his story, in his own words.

Ninth Floor Mina Shum, Canada World Premiere
It started quietly when six Caribbean students, strangers in a cold new land, began to suspect their professor of racism. It ended in the most explosive student uprising Canada had even known. Over four decades later, Ninth Floor reopens the file on the infamous Sir George Williams Riot: a watershed moment in Canadian race relations and one of the most contested episodes in the nation’s history. Director Mina Shum (Double Happiness) locates the protagonists in clandestine locations throughout Trinidad and Montreal — the wintry city where it all went down. In a cinematic gesture of reckoning and redemption, she listens as they set the record straight.

This Changes Everything Avi Lewis, Canada/USA World Premiere
Seven powerful portraits of community resistance around the world lead to one big question: what if confronting the climate crisis is the best chance we’ll ever get to build a better world? Inspired by Naomi Klein’s international bestseller and directed by her partner Avi Lewis, This Changes Everything is an affecting and hopeful call to action.

Welcome to F.L. Geneviève Dulude-De Celles, Canada World Premiere
Welcome to F.L. portrays a community of teenagers navigating their environment, identity and other questions of youth within their high-school world in a small town in Quebec. Learning to define themselves inside and outside school boundaries as they transition into the challenges of adulthood, they expose refreshing points of view filled with humour, philosophy and courage.

Closet Monster Stephen Dunn, Canada World Premiere
Oscar Madly hovers on the brink of adulthood — destabilized by his dysfunctional parents, unsure of his sexuality, and haunted by horrific images of a tragic gay bashing he witnessed as a child. A talking hamster, imagination and the prospect of love help him confront his surreal demons and discover himself. Starring 2015 TIFF Rising Star Aliocha Schneider and 2014 Rising Star Connor Jessup.

Fire Song Adam Garnet Jones, Canada World Premiere
When a teenage girl commits suicide in a remote Northern Ontario Aboriginal community, it’s up to her brother Shane to take care of their family. Shane was supposed to move to the city for university in the fall, and has been trying to convince his secret boyfriend to come with him, but now everything is uncertain. Torn between his responsibilities at home and the promise of freedom calling him to the city, circumstances take a turn for the worse and Shane has to choose between his family and his future.

The Rainbow Kid Kire Paputts, Canada World Premiere
Part gritty coming-of-age story, part episodic road film filled with magic realism, The Rainbow Kid follows Eugene, a young man with Down syndrome as he embarks on a life-changing adventure to find the pot of gold at the end of the rainbow.

River Jamie M. Dagg, Canada/Laos World Premiere
In the south of Laos, an American volunteer doctor becomes a fugitive after he intervenes in the sexual assault of a young woman. When the assailant’s body is pulled from the Mekong River, things quickly spiral out of control. Starring Rossif Sutherland. 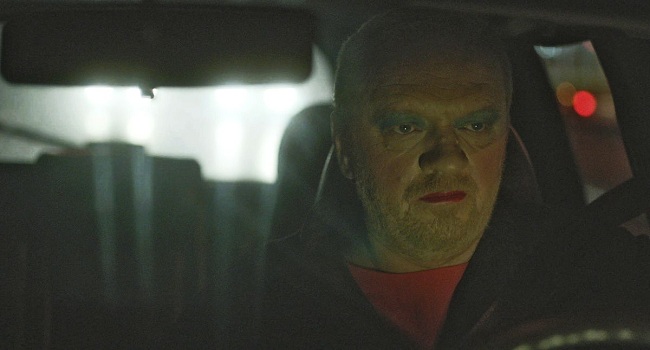 How Heavy This Hammer Kazik Radwanski, Canada World Premiere
Erwin, a 47-year-old father of two, spends his time idly procrastinating between work and family, and is seemingly more engaged by playing a crude Viking computer game. His listless energy is contrasted on weekends by throwing himself into ‘old boys’ rugby matches. As Erwin’s marriage with his wife becomes increasingly compromised, something stirs inside him… or maybe something has stopped stirring.

My Internship in Canada Philippe Falardeau, Canada North American Premiere
Guibord is an independent Member of Parliament representing a vast county in Northern Quebec who unwillingly finds himself in the awkward position of determining whether Canada will go to war. Accompanied by his wife, daughter and Souverain (Sovereign) Pascal, an idealistic intern from Haiti, Guibord travels across his district in order to consult his constituents and face his own conscience. This film is a sharp political satire in which politicians, citizens and lobbyists go head-to-head tearing democracy to shreds.

Our Loved Ones (Les êtres chers) Anne Émond, Canada North American Premiere
The story begins in 1978 in a small town on the Lower St. Lawrence, where the Leblanc family is rocked by the tragic death of Guy, found dead in the basement of the family home. For many years, the real cause of his death is hidden from certain members of the family, his son David among them. David starts his own family with his wife Marie and lovingly raises his children, Laurence and Frédéric, but deep down he still carries with him a kind of unhappiness. Our Loved Ones is a film of filial love, family secrets, redemption and inherited fate. Featuring 2015 TIFF Rising Star Karelle Tremblay.

The Waiting Room Igor Drljaca, Canada North American Premiere
Jasmin, once a successful actor in former Yugoslavia, now lives in Toronto with his second wife and young son. While juggling a construction job and a busy audition schedule, he dreams of re-launching an old televised stage show that made him famous in his homeland. When he is cast in a role that triggers recollections of the civil war, he is forced to reconcile his current reality with memories of his past success. From the team behind Krivina and In Her Place.

Hellions Bruce McDonald, Canada Canadian Premiere
Strange trick-or-treaters plague conflicted teenager Dora Vogel at her isolated home on Halloween. Under siege by forces she can’t understand, Dora must defend both body and soul from relentless hellions, dead set on possessing something Dora will not give them. Set in a visually haunting landscape, Hellions redefines the boundaries of horror with its potent brew of Halloween iconography, teenage angst and desperate survival. Starring Chloe Rose.

No Men Beyond This Point Mark Sawers, Canada North American Premiere
Sixty years ago, women began reproducing asexually, and now are no longer able to give birth to male babies. This deadpan mockumentary follows 37-year -old Andrew Myers — the youngest man alive —who is at the centre of a battle to save men from extinction. No Men Beyond This Point asks what would happen if only women ran the world.

The following feature films will screen as part of the Wavelengths programme:

88:88 Isiah Medina, Canada North American Premiere
A digital cinema incendiary, Isiah Medina’s anticipated feature debut explodes with ideas about time, love, knowledge, poverty, and poetry, all erupting within a densely layered montage that is formally rigorous and emotionally raw. 88:88 (or –:–) is what appears when bills are paid after the electricity has been abruptly cut off, demonstrating that people who live in poverty live in suspended time.

88:88 will be preceded by Denis Côté’s short film May We Sleep Soundly.

The Forbidden Room Evan Johnson and Guy Maddin, Canada Canadian Premiere
Honouring classic cinema while electrocuting it with energy, Evan Johnson and Guy Maddin’s grand ode to lost cinema begins (after a prologue on how to take a bath) with the crew of a doomed submarine chewing flapjacks in a desperate attempt to breathe the oxygen within. Suddenly, a lost woodsman wanders into their company to tell his tale of escape from a fearsome clan of cave dwellers, and we are taken high into the air, around the world, and into dreamscapes, spinning tales of amnesia, captivity, deception and murder, skeleton women and vampire bananas. Like a glorious meeting between Italo Calvino, Sergei Eisenstein and a perverted six-year-old child, created with the help of master poet John Ashberry, Mathieu Amalric, Udo Kier, Charlotte Rampling, Geraldine Chaplin, Roy Dupuis, Clara Furey, Louis Negin, Maria de Medeiros, Jacques Nolot, Adèle Haenel, Amira Casar and Elina Löwensohn make up a cavalcade of misfits, thieves and lovers.