Now that the dust has settled and the genetically modified dinosaurs are presumably back in their holding cells until the next Jurassic film is unleashed, the contenders are becoming a little clearer now that we have reached the halfway point of the year. The competition I am referring to is the yearly financial race that studios find themselves entrenched in. Similar to the animated dogs sprinting around an oval track in those classic Bugs Bunny cartoons, the big distributors have been feverishly crawling over each other to catch that lucrative box office rabbit that is always one step ahead of them.

The interesting thing about this race is that it was once fairly easy to figure out the strongest competitors to bet on. In recent years it often seemed like Universal Pictures was the odd one out. The pug racing amongst a pack of greyhounds whose performance practically guaranteed that investors would be ripping up their tickets in anger as they left the track.

Of course it was not always like this, Universal has had a storied history of box office hits and Academy Award winning titles. After all, this is the company that brought us Jaws, E.T.: The Extra Terrestrial, Jurassic Park, and Back to the Future to name a few.

Universal’s illustrious glow had diminished considerably as they, and many of their competitors, struggled to adapt to the constantly shifting landscape that is the film business. Technology has made at home viewing increasingly desirable for the average movie watcher. So figuring out which films will get butts in the seats has become an even riskier venture than it once was. Scanning the film distributors’ rankings, based on domestic grosses, dating back to 2000, it becomes clear that Universal Pictures has only finished in the top two domestically twice, in 2000 and 2001 respectively.

This is not too surprising considering that, until recently, the studio has been living off of the intravenous bags of surprise franchise hits like Despicable Me, Meet the Parents, and those pesky physics defying Furious street racers. What is shocking is how Universal not only managed to steer their ship away from the iceberg, but has done so without having a Marvel or DC affiliated superhero franchise in its back pocket. Granted, it can be argued that the Fast & Furious franchise has evolved into one. 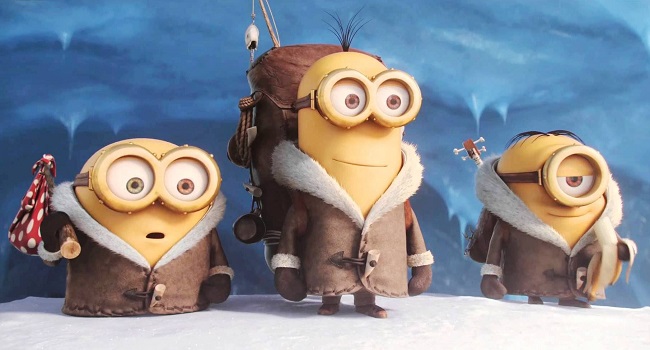 Currently Universal Pictures is just behind Buena Vista and Warner Bros., domestically speaking, in regards to distributors whose films have the most market shares so far. The fact that Jurassic World obliterated the worldwide box office record will only help to move them up the ranks even further. While they have had a few minor hiccups, Black Hat and Seventh Son being their only major bombs so far this year, almost everything the studio has touched has exceed expectations.

They have found that magic elixir – a blend that both taps into the female market (Fifty Shades of Grey, Pitch Perfect 2) and consumers insatiable need for nostalgia (Dumb and Dumber To, Jurassic World) – that has turned even the unlikeliest of movies into moneymakers. Jennifer Lopez’s starring vehicle The Boy Next Door may have been panned by critics, but it made 50 million worldwide against is reported 4 million production budget. The same can be said for the teen horror Unfriended, which pulled in 44 million against its rumoured 1 million budget. While these movies may not have burned down the house in the grand scheme of things, that type of return on investments cannot be ignored. In comparison, a film like Warner Bros.’ Jupiter Ascending, which bombed domestically, barely recouped its cost by taking in 181 million worldwide compared to its 176 million budget.

The interesting thing about Universal’s numerous titles exceeding expectation is that they still have few high profile bullets (e.g. Minions and Ted 2) still sitting in the chamber. There is also potential for a few more sleeper hit with films like the Amy Schumer vehicle Trainwreck, and Guillermo del Toro’s Crimson Peak. While it is debatable if these films will be enough to propel Universal Pictures to the top spot – Buena Vista does have the behemoth that is Star Wars: The Force Awakens coming down the pipe at the end of the year – the fact they are even part of the conversation is a fascinating feat in itself.

The studio has gone from being prospectors praying to find a nugget of gold, to stumbling on a geyser of oil. Now, like the mighty T-Rex in Jurassic World, Universal Pictures is roaring once again and audiences are stopping to take notice.