A few weeks ago my wife brought it to my attention that April is Autism Awareness Month. As a person who is married to an individual who works closely with students both on the autism spectrum and those with other developmental disabilities, I am ashamed to admit that I did not know the month had such a designation. To be fair, outside of Black History Month I am woefully ignorant to many of the socially conscious weeks and months. This is not an excuse, just stating the facts. So when my wife suggested that I take a moment to highlighted something autism related, even if it was as simple as reposting an old review, I did not hesitate to offer my support.

The curious thing is – if I am to be honest – I had a really hard time thinking of films that I enjoyed that tackled the subject of autism in interesting and engaging ways. My wife often remarks that being married to me has changed her outlook on movies. As if given a radically new prescription, she now sees films through a different set of lenses. Well the same can be said for how I now view the topic of autism and its portrayal in cinema. I can no longer watch films like the Bruce Willis and Kim Basigner respective vehicles Mercury Rising and Bless the Child – which both feature children with autism who hold the answers to key plot points “locked” in their mind – with the same mindless abandonment. Nor can I easily give a pass to films, such as 1993’s House of Cards or 2001’s I Am Sam, that tackle the subject matter in a way that feels false or overly sentimental.

Frankly, the whole way I look at the topic of autism in regards to the media has changed. When I take a step back and observe the various discussions on the subject, I mostly see an ocean of noise and fear. So much attention is placed on the potential causes of autism, especially in the misguided debate surrounding vaccination, that those who live with autism on a daily basis are frequently overlooked. Rarely do we hear about the struggles, the strain it puts on families and marriages, or the joys and triumphs.

Instead of focusing on the diagnosis, people should actually be looking towards the human element. After all, autism is not a disease, but rather one of the many facets of life that we must embrace.

The cinematic realm has been making strides in this regard, but still has a long road to travel. In many ways the topic of autism is still a niche area on the big screen, but there are some great films that manage to keep the human aspect at the forefront. Many of us in a particular age bracket will cite 1988’s Rain Man as our first true experience with autism in film. One of the few box office hits to feature an autistic individual as one of its central characters, the film deals with two brothers, Charlie (Tom Cruise) and Raymond (Dustin Hoffman), learning to both work with and love each other’s differences. While I enjoy the film, it is hard to deny that Rain Man comes off as rather dated, and offensive, when viewed through modern eyes. Especially when it becomes apparent that Raymond is merely a crutch for Charlie’s redemptive narrative.

Though it is hard to argue the merits of Rain Man in a modern context, there are several stellar and forward thinking films worth seeking out this month. Films like Temple Grandin which showcases the strength and perseverance of one of the icons of the autism community. The film follows Temple Grandin (played by Claire Danes) as she, despite living with autism, becomes one of the most revered scientists in the humane livestock handling industry. Continuing the theme of achievement through education, how about giving 2007’s delightful film Autism: The Musical a spin? The documentary follows five students on the autism spectrum as they attempt to put on a musical production.

There are also films that do a great job of reminding us that autism does not stifle the basic human urges for love and connection. Louise Archambault’s Gabrielle tackles a young woman’s sexual coming-of-age in a responsible and charming way. In the film, Gabrielle (Gabrielle Marion-Rivard), a musically gifted woman with Williams Syndrome, struggles with her desire for independence in every aspect of her life. Her world is further complicated when love begins to blossom with another member in her choir. Sex is also on the mind of the guys at the core of Carlo Zoratti’s wonderful documentary The Special Need. A film where the lessons learned along the journey are far more important than the end goal. Zoratti’s spins a conventional tale of three friends on a road trip, with the goal of getting the lone virgin in the group laid, into a rather touching film about adversity, love, and friendship. 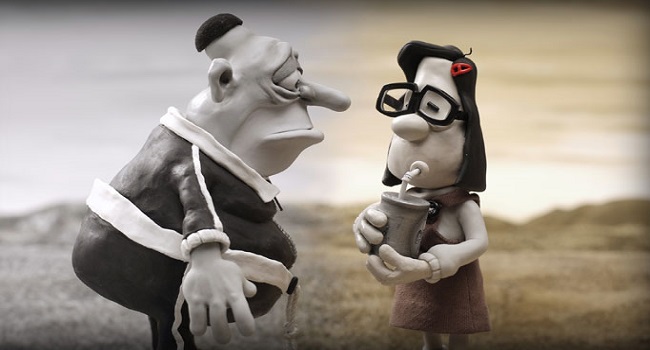 For those more in the mood for a dark comedy with an unflinching portrayal of loneness, might I suggest giving 2009’s Mary and Max a chance. This animated film tells the tale of Max (voiced by Philip Seymour Hoffman), a middle-aged New York man with Asperger’s, who strikes up a pen pal friendship with an eight-year-old Mary (voiced by Toni Collette) living in Melbourne. The film is one of the rare examples where edgy comedy and genuine human emotion can be applied to the topic of autism in an intriguing way.

While there are other examples to choose from, consider this a small taste of the ways in which autism is slowly enriching the cinematic landscape. So take a little time this month to celebrate Autism Awareness Month by sitting down with a film that feature diverse and wonderful stories which remind us that, at the end of the day, people with autism are people first and foremost.