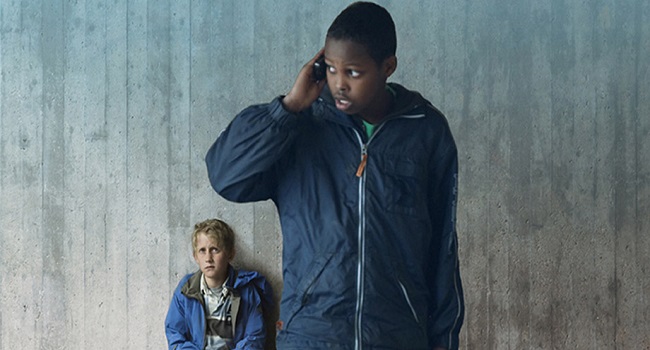 This week TIFF will be hosting In Case of No Emergency: The Films of Ruben Östlund, a travelling retrospective on the Force Majeure director’s canon of films. Playing from April 9 to 14 at TIFF Bell Lightbox, the series will be highlighting Östlund’s rich and diverse works of which includes two of his award-winning short films and his four features to date. In honour of the series we are taking a look back at Östlund’s body of work.

Based on an actual incident in which a group of black youth in Gothenburg bullied and stole from their white and Asian peers over a two year period, Ruben Östlund’s 2011 film Play is a daring look at race, class, crime and the ways in which they are viewed through different societal lenses. The story opens with a static wide shot of a shopping mall’s main floor. Two middle school aged boys eventually enter the frame unaware that they are being watched intently by a group of black youths. Finding their next mark, the group swiftly puts their scam into action.

Utilizing a good cop bad cop approach, the group sends out one of their own to make initial contact with their prey. Usually the person will ask if they can see the victim’s cell phone, and then relay a story about the phone looking similar to one that was stolen from a brother or cousin days earlier. It is at this point where the other members of the group arrive to provide verification, and subtle intimidation, as to whether or not the phone might match the one in the story.

The majority of the narrative in Play focuses on those same boys applying their trade to three suburban kids – two white and one Asian – whose simple outing to the mall turns into a harrowing journey. Over the course of a day the three boys are pressured into leaving their suburban surroundings and following the group to the isolated outskirts of Gothenburg. There they are tricked into handing over all of their valuable possessions. 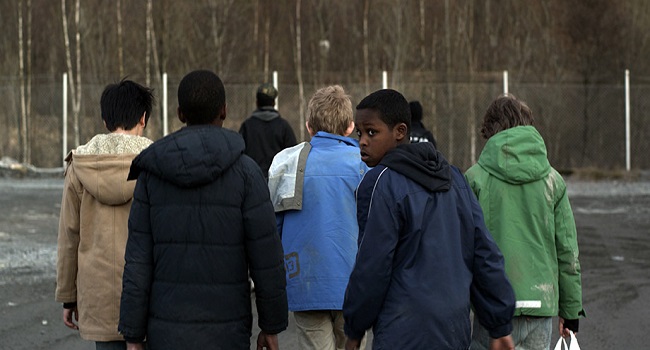 One of the intriguing aspects of Östlund’s story is the way in which the dynamics between the two groups of boys evolve over the course of the film. Amongst the fear and bravado, there is a mixture of empathy, and dare I say solidarity, that creeps through. For all of their faults, the aggressors seem to get their kicks from intimidation and not actual violence. They show moments of genuine sympathy towards the other boys’ well-being, despite the fact that they plan to rob them.

Ruben Östlund’s shooting style is distinct; the way he sets up his scenes is reminiscent of the work of Michael Haneke. His camera is often stationary, and the shots are long, as the action moves into and out of the frame. The acting by the young cast is solid, but not spectacular. Abdiaziz Hilowle separates himself from rest of the wannabe thugs in the role of Abdi. He flips from good cop to bad with ease, conveying both a subtle charm and an unpredictable violent streak.

There are no easy answers in Play, nor does Ruben Östlund set out to provide any. Östlund is more interested in observing the various ways that social class, peer pressure, and bullying are impacting modern society. One of the telling aspects of the film is the way the adults in the film have varying views regarding the black youths. Some see them as legitimate criminals while others view them as kids who are simply at a disadvantage in society because they are immigrants. The supporters unconsciously bend over backwards to give members of the group the benefit of the doubt for their bad behaviour.

Play is a complex and captivating psychological study that will surely spark much debate.