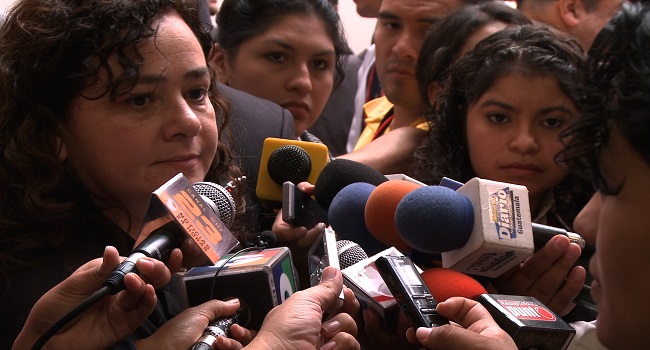 Burden of Peace opens with a grainy televised clip of former dictator Efraín Rios Montt speaking to the Guatemalan people. He is preaching for the need to be ruthless when dealing with communist enemies. The image is followed with a couple of soldiers in Ríos Montt’s army remarking that the concept of “human rights” is only a political ideal for socialist countries. In a matter of minutes directors Joey Boink and Sander Wirken manage to capture the essence of the dark side of the Guatemala’s history.

The filmmakers then focus their lens on the 2010 swearing in of Claudia Paz y Paz to office, a historic moment considering that she is the first female Attorney General in Guatemalan history. After 14 years of civil war, Paz y Paz’s strong moral code symbolized both change and hope. Considered one of the more violent countries in the world, partly due to the rampant drug cartel wars, the murder rate in Guatemala City alone averaged 15-20 bodies per day prior to when Paz y Paz assumed office. The corruption had spread like a virus, even contaminating various levels of the government.

Embodying the change starts at home approach, Paz y Paz’s first duty was to clean up the lackluster shell that the Prosecutor’s office had become. Much to the chagrin of many of in the staff she inherited, several of whom exuded overtly hostile body language towards her, she tasked them with making a dent in the 1897 open cases that resided with the office. With a conviction rate for violent crimes sitting at a pitiful five percent, Paz y Paz literally had to hold a staff meeting just to go over the basics of filling out a complaint form properly. 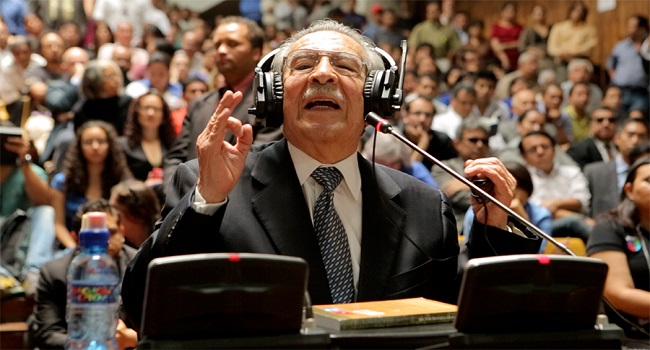 Granted unprecedented access from day one, Boink and Wirken’s film shines a light on the seemingly endless murders and corruptions that have engulfed a nation. Journeying to some of the worst regions of the country, they encountered countless tales of rape, murder and acts of genocide towards the indigenous people – many of which Ríos Montt’s army had a hand in – that had gone unpunished. Within the first year Paz y Paz garnered some significant successes. Her office created an elite police unit to identify and arrest numerous gang members. Her efforts resulted in an increase in the conviction rate – it jumped from five to thirty percent – and positive feedback which showed that Guatemalan people had felt safer in their homes and on the streets again.

Paz y Paz’s biggest achievement arrived when she turned her gaze to the military actions that occurred during Ríos Montt’s dictatorship. Reopening cases, and attacking the country’s culture of impunity in the process, she went after both Óscar Humberto Mejía Victores, the former Minister of Defense in Ríos Montt’s regime, and Efraín Ríos Montt himself. A move that ruffled the feathers in the old guard, whose influence still ran deep in the country, and found Paz y Paz on the wrong side of attacks in the press.

Burden of Peace is a riveting story of a remarkable person who risked both her own personal safety, and that of numerous families, to do what was both right and needed for her country. Paz y Paz’s work was recognized all over the world, receiving awards in San Francisco and London for her commitment to justice. She was also named as a finalist for the Noble Peace Prize. Similar to the woman herself, Burden of Peace is an inspirational tale that renews one’s faith that justice can be achieved, and will be once again in the case of Guatemala, as long as there are individuals willing to fight the good fight at all costs. Burden of Peace is a film that I highly recommend.