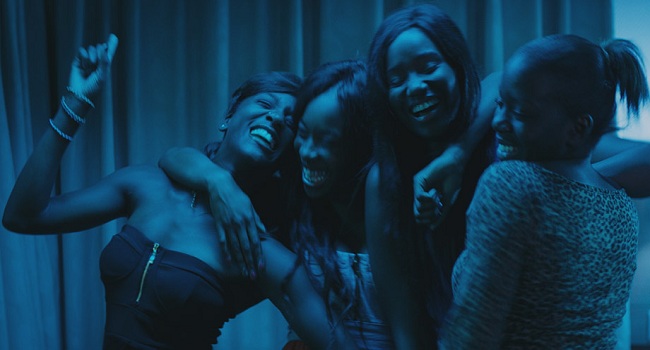 The next generation of movie lovers takes over TIFF Bell Lightbox for the fourth annual TIFF Next Wave Film Festival™. Youth aged 14 to 18 will experience the world of cinema — including Canadian and international films and special guests — and life behind the lens, as they take part in emerging talent competitions and industry-led intensives. This year’s film lineup includes selections from Poland, France, Taiwan, Germany, Netherlands, Australia, United Kingdom, United States and Canada. Running from February 13 to 15, the festival is steered by the TIFF Next Wave Committee, a voluntary advisory team of 12 young film enthusiasts dedicated to bringing quality film programming and film-related events to youth across the city.

Film highlights this year include Disney’s McFarland (2015), based on the true story of an unlikely cross-country running team led to greatness by a former college football coach (played by Kevin Costner) from director Niki Caro; and Lily & Kat (2014) the stylish, edgy, yet wistful debut from writer-director Micael Preysler, that follows seven eventful days and nights in the New York City lives of Lily (Jessica Rothe) and Kat (Game of Thrones’ Hannah Murray). Rothe, Murray and director Micael Preysler join TIFF Next Wave audiences for the screening.

Other highlights include Bruce Goodison’s gritty yet sensitive tale of young asylum-seekers in the UK, Leave to Remain (2013); and first-time feature director Sophie Hyde’s 52 Tuesdays (2014) a compelling look at a 16-year-old high-school student dealing with her mother’s female-to-male gender transition while struggling with her own identity; and No Cameras Allowed (2014), a documentary that follows director James Marcus Haney as he talks his way into photographing major music festivals that feature Mumford and Sons, Jay-Z, and Edward Sharpe and the Magnetic Zeros, among others.

Also on Saturday, February 14, a special screening and panel on Open Heart (2015), the new teen television drama from the creators of Degrassi, will provide an in-depth look at the production of the show. The panel includes cast and producers from the show, and the discussion will be preceded by a screening of the first episode. 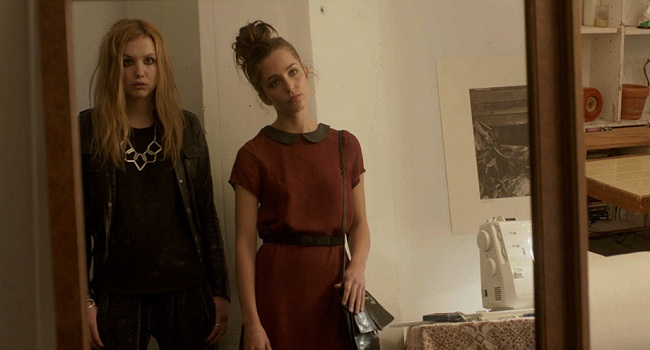 The full list of films screening at TIFF Next Wave can be found below:

52 Tuesdays director: Sophie Hyde, Australia 2014, 114 min., 14A
A 16-year-old high-school student deals with her mother’s female-to-male gender transition while struggling with her own identity, in this sensitive family drama from first-time feature director Sophie Hyde.
Sunday, February 15 at 2:45 p.m.

Boy 7 director: Lourens Blok, Netherlands 2014, 84 min., Dutch with English subtitles, 14A Canadian Premiere
After awaking on a subway train with no memory of who he is, a young man in a dystopian police state uses the contents of his backpack to piece together his past as a rogue government agent and computer hacker — but can he complete his mission before his former employers catch up with him?
Sunday, February 15 at 5:45 p.m.

Dessau Dancers director: Jan Martin Scharf, Germany 2014, 90 min., German with English subtitles, PG International Premiere
Dessau, East Germany, 1985: eighteen-year-old Frank and his friends have been infected by breakdance fever. At first they are suspiciously monitored by the ruling regime, but soon the socialist government realizes that the movement cannot be stopped.
Sunday, February 15 at 3:45 p.m.

Girlhood (Bande de filles) director: Céline Sciamma, France 2014, 112 min., French with English subtitles, 14A
Oppressed by her family setting, dead-end school prospects and the “boys’ law” in the neighborhood, Marieme starts a new life after meeting a group of three free-spirited girls. She changes her name, her dress code, and quits school to be accepted in the gang, hoping that this will be a way to freedom.
Saturday, February 14 at 6 p.m.

Leave to Remain director: Bruce Goodison, United Kingdom 2013, 89 min., 14A Canadian Premiere
This gritty yet sensitive tale of young asylum-seekers in the UK confronts the all-too-common difficulties of immigrant life, with refugees fleeing nations ravaged by war and corruption only to be faced with discrimination in a possibly temporary new home. Director Bruce Goodison’s film isn’t just a coming-of-age tale — it’s one of life-altering upheaval.
Saturday, February 14 at 3:30 p.m.

Lily & Kat director: Micael Preysler, USA 2014, 90 min., 14A World Premiere
Set in New York City, Micael Preysler’s feature debut follows a fashion school graduate named Lily (Jessica Rothe) who finds her world turned upside down when her charismatic best friend Kat (Game of Thrones’ Hannah Murray) announces she’s moving away to London in a matter of days. At a Lower East Side art show the next night, they meet the enigmatic artist Henri, who Lily quickly takes a liking to. With less than seven days left, and an attractive stranger between them, Lily and Kat find their unbreakable friendship put to the test.
Director Micael Preylser and actors Jessica Rothe and Hannah Murray in attendance!
Saturday, February 14 at 9 p.m.

No Cameras Allowed director: James Marcus Haney, USA 2014, 90 min., PG
The debut documentary from twenty-something James Marcus Haney traces the director’s own rise from college dropout to ambitious concert photographer as he talks his way into photo pits at major music festivals. As Haney questions how far one should go for a good time, he also proves that, sometimes, risk can yield surprising rewards.
Sunday, February 15 at 2 p.m.

Partners in Crime (Kong Feng) director: Chang Jung-chi, Taiwan 2014, 89 min., Mandarin with English subtitles, 14A
Three high school boys discover that there may be more than meets the eye in the strange death of a classmate, in this engrossing mystery thriller from Taiwanese director Chang Jung-chi (Touch of the Light).
Saturday, February 14 at 1 p.m.

The Word (Obietnica) director: Anna Kazejak, Poland 2014, 97 min., Polish, Danish with English subtitles, 14A Canadian premiere
In this psychological thriller/cautionary tale of young love and revenge from Polish director Anna Kazejak, a heartbroken girl gives her cheating boyfriend an ultimatum: prove his love within 24 hours or lose her forever.
Sunday, February 15 at 12:15 p.m. 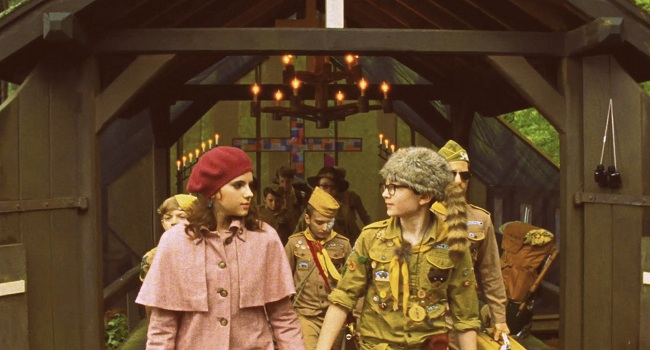 Submarine director: Richard Ayoade, United Kingdom/USA 2010, 94 min., 14A
Beloved by audiences and critics when it debuted at the 2010 Toronto International Film Festival, Richard Ayoade’s feature debut — about two deep-thinking Welsh high-schoolers entering into a tentative relationship while coping with their own traumas at home — has maintained a cult following with its quirky-yet-dark comedic sensibility and retro–nouvelle vague flair.
Saturday, February 14 at 2:30 p.m.

Dazed and Confused director: Richard Linklater, USA 1993, 102 min., 14A
Richard Linklater’s acerbic yet loving flashback to his Austin, Texas youth features a sprawling cast — future stars Matthew McConaughey and Ben Affleck among them — as they navigate hazing rituals, nascent life choices, and a momentous outdoor kegger on the Last Day of School, 1976.
Saturday, February 14 at 4:45 p.m.

Tickets for the TIFF Next Wave Film Festival are now on sale. Pricing as follows: Regular Film Screenings, Open Heart: Panel & Screening and the Outcasts & Misfits Movie Marathon are FREE to high-school students with valid school identification (Opening Night Event and Premium Screenings $10.50); adults $13, students/seniors $10.50 and children (13 and under) $9. TIFF Next Wave 24-Hour Film Challenge and TIFF Next Wave Talent Lab, $40. For more information on screenings and activities or to purchase tickets, please visit tiff.net/nextwave, call 416.599.TIFF (8433) or 1.888.599.8433 or visit the box office at TIFF Bell Lightbox.