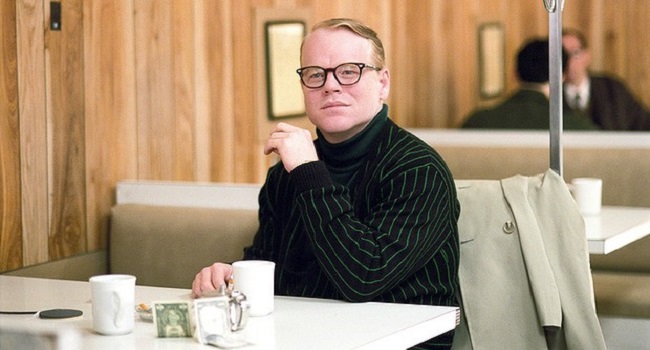 Philip Seymour Hoffman was one of our finest actors.  It’s strange to say that he was one of our finest; it’s strange to have to write about him in the past tense.  One of the first thoughts I had after hearing about his untimely death was that there will be a notable absence in any future films by director Paul Thomas Anderson.  Hoffman was an ensemble regular in Anderson’s films and it’s likely he would have been cast in other films by the director.

Before I heard about Hoffman’s death, I was watching Twister on television one Saturday afternoon and I was surprised to see a young Hoffman in a small supporting role because I had forgotten that he was in that film.  A few days later I saw Mission Impossible III on TV and I was again surprised to see Hoffman playing the villain.  I looked up Hoffman’s filmography and I marveled at his remarkable body of work.

Early on in his career, he played a lot of supporting roles and established himself as a formidable character actor.  P.T. Anderson directed two of his finest character performances first as a sound man in Boogie Nights and then as a nurse in Magnolia.  Hoffman was also memorable as a rich snob in The Talented Mr. Ripley.  One of my favourite performances by the actor is in Almost Famous, where he played Lester Bangs, one of America’s greatest rock critics.  Casting for the part of Lester Bangs was integral to getting the movie right according to writer/director Cameron Crowe.  “He was a forceful presence with a big heart,” Crowe told Rolling Stone in a 2014 article following Hoffman’s death.  “Both those things collided magnificently in Lester and in Phil.”

Hoffman brought his forceful presence to a series of other supporting roles until he finally got a chance to headline a movie in Capote. Hoffman delivered what is considered to be his career-defining role as late author Truman Capote.  His portrayal was an uncanny metamorphosis, not a mere imitation.  He channeled the persona of the late author with brilliant believability and was rewarded an Academy Award for it. 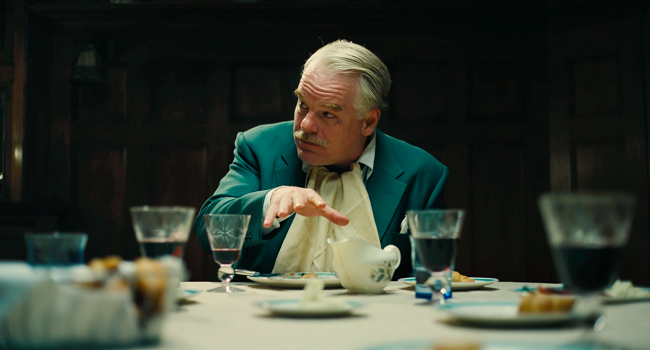 Hoffman was known for completely immersing himself in a role.  To play real people like Lester Bangs and Truman Capote, the actor studied everything from the subjects’ mannerisms to diction, and listened to taped recordings repeatedly to get their voices just right.  He’d walk around movie sets with a pad of paper and a pen in hand to scribble little vignettes about what his character was doing.  He was almost obsessive about preparation and performance and demanded the best from both himself and from those around him.

After his critically lauded and award-winning performance in Capote, Hoffman accrued three more Oscar nominations in five years for his supporting work in Charlie Wilson’s War, Doubt and The Master, which reunited him with Anderson.  Though Art Howe didn’t care much for Hoffman’s portrayal of him, I liked the actor’s work in Moneyball, where he played the former Oakland A’s manager.   Also to his credit was his Tony-nominated turn as Willy Loman in “Death of a Salesman.”

Over the course of his career, Philip Seymour Hoffman showed that he could play any character and disappear.  His performances weren’t mere surface imitations – grow a mustache, get a haircut, put on a pair of glasses.  He adopted the mannerisms, gait, and tone of voice; every peculiarity and nuance present in the real life people he portrayed.  He also infused his fictional characters with the perfect affectations to render them utterly believable.  Hoffman was one of our great actors and we’re very fortunate to be left with his legacy of films.