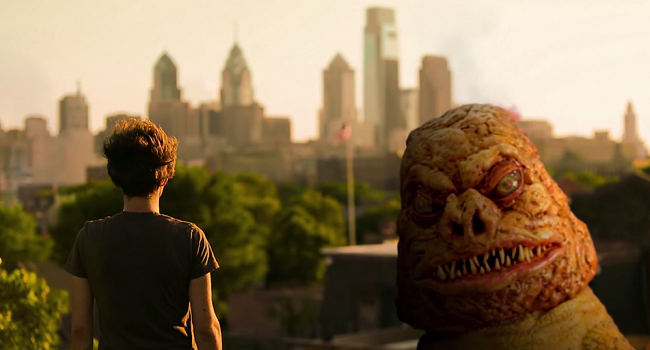 In Joe Kramer’s witty comedy, the sight of a giant fire breathing Japanese monster, Gammatar, destroying the city is the least of Stan’s problems. A self-centered man in his twenties, Stan (played by Kramer) cannot seem to find the right time to break things off with his girlfriend June (Jessica Bernard), who has recently been burned in the monster attacks. Bringing a genuine sense of fun and creativity to the romantic comedy genre, Kramer’s film never overstays its welcome. Stan’s shallowness – he desires a “casual long term relationship” – only helps to heighten the wonderful absurdity of the monster ravished city that the characters exist within. Running the Gammatar does a great job of poking fun at the foibles that often complicate relationships.