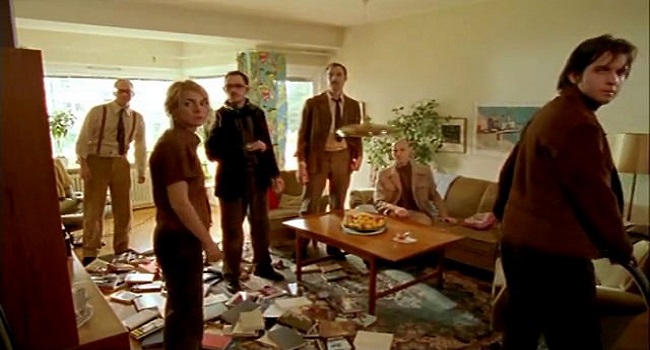 I must tip my hat to my pal James McNally, the curator of the Shorts That Are Not Pants program, for first bringing this delightful short to my attention. After the exhausting week I just had, revisiting this film was the perfect pick me up. Music for One Apartment and Six Drummers focuses on a group of musicians who attempt a guerrilla style musical attack on the suburbs. Directors Johannes Stjärne Nilsson and Ola Simonsson eventually turned the concept into a crime-comedy feature length film in 2010 entitled Sound of Noise.