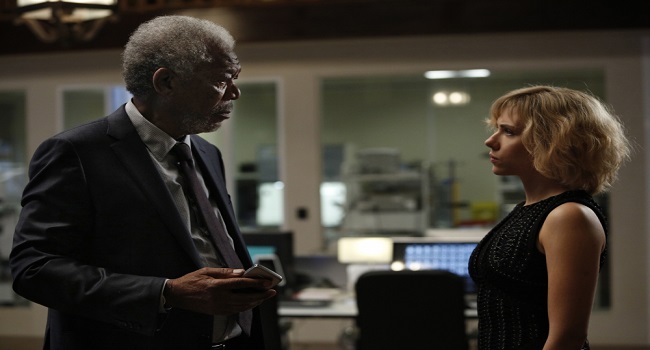 Written, edited, and directed by Luc Besson, Lucy is the story of an American college student who is forced to become a drug mule for a Korean gangster. When the drugs begin to have major efforts on her body, Lucy soon discovers that she is able to access her brain’s full capacity. Gifted with superhuman powers, including being able to see things the average person cannot, Lucy sets out to takedown those who tried to oppress her.

Playing the titular role, Scarlett Johansson brings a bit of wit to the role of the unwilling college student. There are moments in Johansson’s performance that are quite entrancing as she demonstrates that Lucy’s superhuman powers come at a price. She nicely conveys the way in which Lucy starts to lose sight of her humanity. This is especially noticeable in a great scene involving a phone conversation between Lucy and her mother.

Besson wisely uses French policeman Del Rio, played terrifically by Amr Waked, as the both Lucy’s reminder of her sense of humanity and her unlikely protector. Aside from Waked, Besson ensures that Johansson is surrounded by a talented supporting cast to help sell the film’s oddly intriguing mixture of action and science fiction. Choi Min-sik brings ferocity and terror to the role of Mr. Jang, a Korean gangster who hopes to make a profit selling the mysterious drug that inadvertently gave Lucy her powers. Adding to the film’s sense of intellectual awareness is Morgan Freeman’s Professor Samuel Norman. Having researched the human brain’s capabilities for years, Norman believes that Lucy might be the key to all of the answers he has been seeking. Though the sort of typical easy-going wise character Freeman normal plays, he does enough to keep his performance in the film interesting. 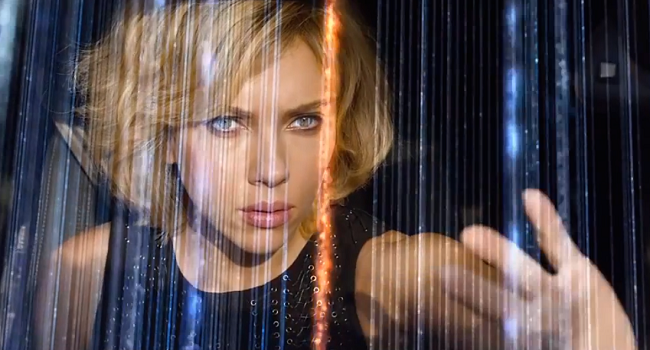 Lucy is a very stylish film that frequently crosses back and forth over the line between far-fetched ridiculousness and being oddly intriguing. Knowing that humans only use 10% of their brain’s ability, Besson has a lot of fun exploring what can happen when a person manages to access 100 percent of what their brain can do. His frenetic approach to action, including some spectacular car crashes and the creative ways Lucy confronts Mr. Jang’s henchmen, manages to keep the film engaging despite its uneven tone. Besson also infuses the film with some very stylish montages that showcase a world that is out of balance. His underlying message of the Earth slowly being ravaged by modernism is quite heavy-handed, but essential to Lucy’s journey in the film.

Ultimately Lucy is a solid film by Luc Besson standards and is certainly his most entertaining work since his heyday in the 1990s. The strength of the film is Scarlett Johansson who provides one of her finest performances to date. The strong supporting work from Morgan Freeman and Choi Min-sik help elevate the film. Though it is a flawed film that asks for a lot from its audience, regarding suspension of disbelief, Lucy knows that it’s being ridiculous. The fact that it does not take itself too seriously, while still managing to be quite compelling and entertaining, makes Lucy a satisfying film.