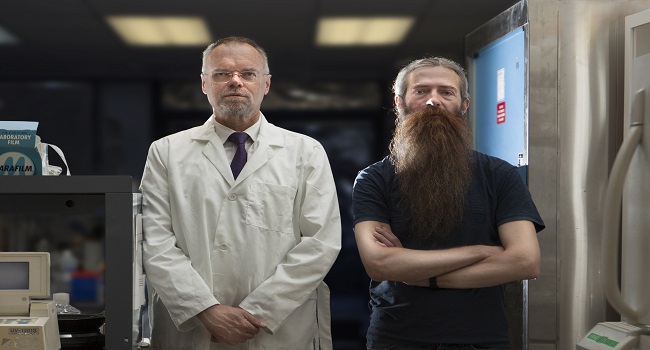 We’ve been obsessed with discovering eternal youth for centuries. From the searches for the Fountain of Youth by explorers to the plastic surgeons of today, humans are obsessed with combating aging. Is this just a pipe dream caused by fear of death, or could we actually become immortal? The Immortalists chronicles two guys who believe that scientific advances can stop aging. Bill Andrews and Aubrey de Grey are very different people, yet they share this obsessive quest to change our fates. Directors Jason Sussberg and David Alvarado seem more interested in what makes them tick than their claims’ validity. That’s likely the best approach since the science will fly over many heads.

The challenge with this type of documentary is finding a way to avoid just shooting people talking. There are plenty of those conversations within this film, and it focuses a bit too much on that approach. The most engaging parts are the personal moments separate from the pursuits. Grey sports a giant beard and looks the part of a quirky scientist. He’s clearly a bright guy yet has the free spirit to get naked with his wife in the woods. She’s nearly two decades older than Gray, and that fact may play a role in his push. He claims that it’s unrelated, but you have to think it’s at least subconsciously driving him. On the other hand, Andrews is an ultra-marathon runner who claims to be close to finding a pill for immortality. He’s a unique soul in a very different way yet shares this move towards a new age.

It’s easy to reject these claims, but they seem more realistic when you consider the recent technological advances. Maybe Grey and Andrews will be the prophets that lead humanity towards a brighter future. On the other hand, it would take quite a gargantuan effort to make their findings available to everyone. This quest is personal for Andrews when a friend gets cancer, and there’s an interesting secondary drive to do more than add to our life expectancies. Removing sorrows caused by diseases like cancer and Alzheimer’s is a sympathetic goal. Few haven’t experienced a loss from these killers.

Shot on digital video and incorporating animation to spotlight the material, The Immortalists has an attractive style. Even so, there’s a distance from the topic because it’s mostly theoretical. Grey and Andrews don’t yet agree on the best approach to building this cure. The division is fine, but it shows that perhaps we’re not that close. Another question that is hardly addressed is what would happen if aging disappeared. Would it become a Torchwood: Miracle Day situation where resources dwindled and chaos ensued? Could the Earth truly sustain the larger population that would arise? These questions don’t need to be answered in the film, but it would have been an interesting discussion. Both guys have their hearts in the right place; there’s just a limit to how much we can learn from them in this format.

View all posts by Dan Heaton