Nineteen years after witnessing the Roman forces, led by Corvus (Kiefer Sutherland) and Proculus (Sasha Roiz), slaughter his entire Celtic clan, lone survivor Milo (Kit Harrington) arrives in Pompeii as a gladiator/slave. Known as “the Celtic,” his ferociousness in the arena has brought much pleasure to his owner Graecus (Joe Pingue). A money hoarding Roman aristocrat always looking to increase his fortunes, Graecus has visions of Milo earning even more money in Pompeii battling higher profile competition.

Upon his arrival, Milo catches the eye of Cassia (Emily Browning). Though lethal with his hands, it is ultimately an act of kindness that sparks Cassia’s interest in him. The blossoming romance between the pair is hindered by the fact that Cassia’s family is amongst Pompeii’s elite. Her father Severus (Jared Harris) has grand plans to obtain an investment deal from the Roman Empire to help get his city rebuilding project off the ground. Fortunately, the arrival of Corvus, now a representative of the Emperor, fits perfectly into Severus’ scheme, partly because Corvus has history with Cassia. As the love triangle between Milo, Cassia, and Corvus intensifies, a much greater, and unimaginable, danger looms within nearby Mt. Vesuvius.

The story, written by Janet Scott Batchler, Lee Batchler and Michael Robert Johnston, is telegraphed, but rather fast paced in comparison to other films in the epic event genre. All the tropes revolving around both romance and unconventional friendships are present. The two inevitable lovers, Milo and Cassia, originate from completely opposite worlds. Their love is forbidden, which only makes them fight even harder to be together. In the arena Milo, the new stud in the ring, does not see eye to eye with the veteran champion Atticus (Adewale Akinnuoye-Agbaje). Of course, we know that it is only a matter of time before the two men are destined to become best friends. 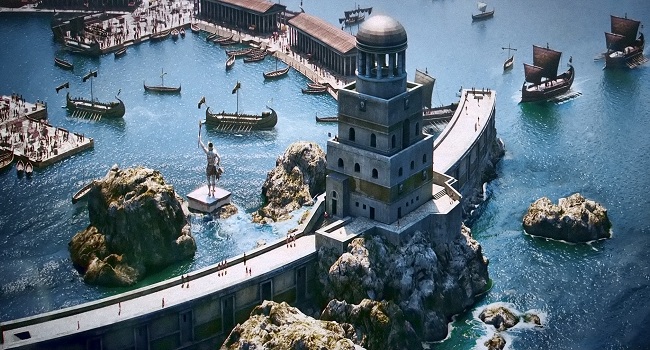 Where the film actually excels is in the visual effects and set design departments. Shown unnecessarily in 3D, the effects used to create Pompeii are stunning. The city streets, presidential palace, and ships in the port of Pompeii are breathtaking. Director Paul. W.S. Anderson uses sweeping overhead shots, alternating between close ups and panoramic views, to give the viewer a sense of the scope and scale of the accent city. During the scenes set at night, Anderson’s visuals are so vibrant that the city lights fill the screen an overwhelming sense of warmth and colour.

Kit Harrington is believable as Milo, the Celtic slave turned gladiator turned hero for the masses. After capturing the attention of audiences worldwide with is work on Game of Thrones, Harrington continues his strong run in historical action roles with his work here. Emily Browning turns in the best performance amongst the cast as Cassia. She nicely balances her feelings for Milo and her sense of duty and respect for both her parents and her city. Kiefer Sutherland has some difficulty finding his accent in the quieter scenes, but settles into the villainous role as the piece progresses. While Joe Pingue serves as the main source of comic relief in the mostly serious production.

Pompeii is a simple tale with predictable tropes. However, the visual effects, art direction and overall set design are where the film truly excels. The technical achievements are what make the production a film that I can recommend.