There is no secret formula when it comes to making a year-end top ten list. There are those who strive to ensure that their end of the year list line up with critical consensus, while others strive to make their list unique by bucking popular opinion. However, at the end of the day it all boils down to which films moved you, entertained you, or hopefully both. The only rule I have is that my list only includes films that were released theatrically in 2012. Keeping that in mind, here are my favourite films of the year: 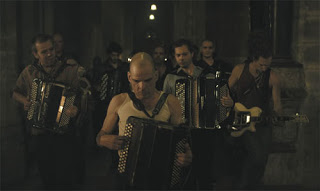 The film is a wild trip down the rabbit hole that is cinema. It is not easy to decipher but I cannot deny I had a fun time trying to figure it out. Denis Lavant is one of those actors who I will now follow anywhere. He easily gave the best male performance that I saw in 2012.

Django Unchained may not represent Tarantino’s best work, but that does not mean it is any less entertaining. Blending together the Spaghetti Western and Blaxploitation genres, and sprinkling in Tarantino’s stylized dialogue, the film offers a new twist on the classic revenge film. Leonardo DiCaprio gives a particularly inspired performance as an evil plantation owner.

Marvel took a huge gamble and it paid off in spades. There is good reason why this was the highest grossing film of the year. The Avengers not only proved that the superhero genre was far from dead, but that audiences are still willing to pay top dollar for franchise films as long as it is a quality product. 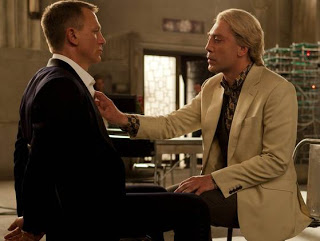 After 50 years of service, audiences still have much to learn about the world’s top secret agent. Filled with stellar performances and gorgeous cinematography, Skyfall exceeded my expectations on every level.

Very few films had me on the edge of my seat like Argo. The funny thing was I knew exactly how things would turn out but was hooked nonetheless. Ben Affleck has grown into a fantastic director and he knows how to deliver the thrills.

It is the epic independently financed film that turned out to be one of the most audacious films of the year. Cloud Atlas is a film that I am confident a lot of the naysayers will come around to years from now. It was an ambitious attempt at filmmaking on every level. Sure the central themes may come off as simplistic, and not every tale works, but the film offers an experience unlike anything I have encountered in theatres in quite some time.

Wes Anderson’s tale of young love is film that gets better and better with each watch. It is easily Anderson’s most accessible film to date, yet that does not make it any less an Anderson film. The film features a lot of the director’s trademark quirky and amusing traits. However, it is the genuine heart in the film that makes Moonrise Kingdom so endearing.

The final film in The Dark Knight trilogy ended just like Christopher Nolan’s series started, on its own terms. Taking aspects from comic books such as The Dark Knight returns and Knightfall and mixing them with the real life economic crisis was a brilliant move on Nolan’s part. It was a fitting farewell for a hero whose only desire was to inspire the hero in all of us.

The latest film from Paul Thomas Anderson is one that divided audiences and critics alike. The Master is a dense film that will evoke a different response and meaning from everyone who watches it. The performances by Joaquin Phoenix, Philip Seymour Hoffman, and Amy Adams are outstanding and the film begs for repeat viewings in order its crack the numerous layers. 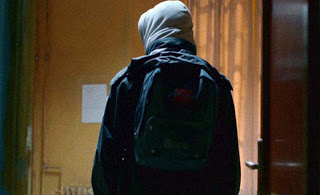 No film impacted me more this year than The Imposter. It is not only one of the best documentaries of 2012, but one of the best documentaries of the last decade. Bart Layton masterfully edits together talking head segments with lush re-enactments to tell a story that you would not believe had it not been true. I have seen The Imposter twice now and will most like have watched it a third time by time you read this. Yet each viewing manages to entertain and break my heart all at the same time.

Festival films I loved that you should keep an eye on in 2013 and beyond: Frances Ha, Graceland, Much Ado About Nothing, Blondie and Lore.