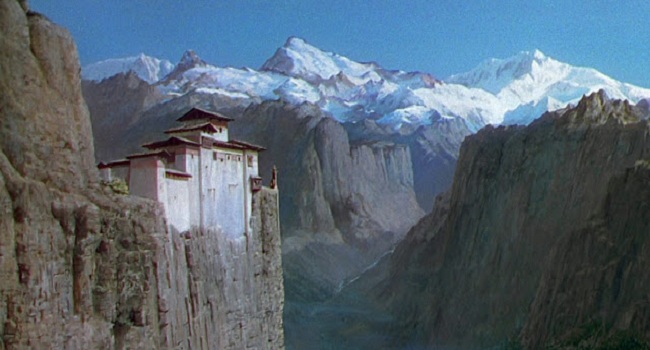 It is very rare that a film gets added to my all-time favourite list after just one viewing, but this is exactly where Black Narcissus ended up. I purposely waited a few weeks before watching it again to see if my initial reaction still held up. Needless to say, the film was even more glorious on repeat viewing. There is not a wrong note in the entire film. Directed by Michael Powell and Emeric Pressburger, famously known as The Archers, Black Narcissus is a tour de force in both storytelling and acting.

Based on the novel by Rumer Godden, Black Narcissus is a drama that explores how an isolated land in the Himalayas has an unexpected effect on five nuns. Charged with establishing a convent that will serve as both a school and hospital, Sister Clodagh (Deborah Kerr) struggles to adapt to her new role as Sister Superior while trying to navigate a foreign land. Perched upon a mountain top, the newly formed convent is situated within the walls of a palace formerly known for its sinful exploits. The presence of a local British agent, Dean (David Farrar), only complicates matter as both Sister Clodagh and the mentally unstable Sister Ruth (Kathleen Byron) both seem drawn to Dean’s charisma. As the altitude beings to impact the unaware nuns, memories of their lives prior to joining the nunnery start to re-surface. Blinded by their ambitions to re-shape the world around them, the nuns do not realize that some things are best left alone.

Black Narcissus is a film that is ultimately a cautionary tale about how easily routine and status can cause a person to lose sight of their true nature. Sister Clodagh is a perfect example of this as she goes from being overly prideful to longing for a love from her past. Although she is trying to teach the locals the ways of the church, Sister Clodagh seems to have forgotten what true faith is all about. At times the rougish Dean better embodies the true spirit of Christianity. In one particular scene Sister Clodagh tells a young general (Sabu) that he should not speak about Jesus in such everyday language. Dean, who shows up drunk for Christmas mass, is quick to rebuke this by telling Sister Clodagh that people should speaking the Lord’s name in common language. Implying that those who only speak of Jesus in a higher from of speech lose sight of what Jesus’ message is actually about. 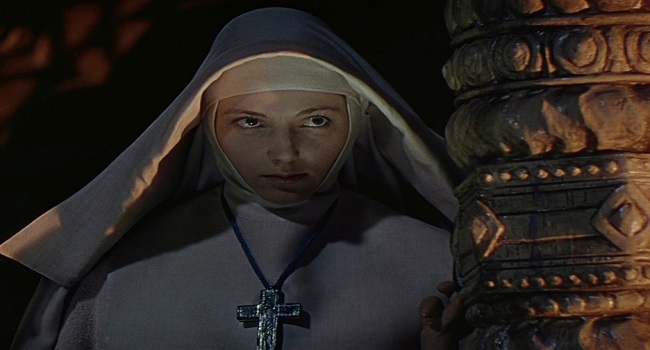 Sister Clodagh and Dean are both solitary figures who clearly have feelings for one another, but neither is in a position to act on it. Once you throw the unstable Sister Ruth into the mix you have the makings of a brilliant love triangle. Unlike the frequently misguided love triangle in The Archers’ film The Red Shoes, the one Black Narcissus is executed flawlessly. Sister Clodagh and Sister Ruth represent everything the other secretly wishes they were. There is a wonderful scene where Sister Clodagh and Sister Ruth are having a discussion that quickly turns from pleasant to tense the minute Dean’s name is mentioned. The camera slowly moves from Sister Clodagh’s hands across the table and moves up to Sister Ruth’s angered eyes. Though a brief scene, it perfectly establishes the conflict that will arise between the two women as the film progresses.

Deborah Kerr and Kathleen Byron are outstanding as Sister Clodagh and Sister Ruth, Byron in particular really steals the show. She presents Sister Ruth as a woman who is tired of being viewed as both crazy and inferior compared to the other nuns. However, this is in fact what she turns out to be. Though it may deem sacrilege to say, it would be interesting to see Black Narcissus remade today. Not because the film needs a reboot per say, but it is very rare to see a predominantly female driven film with characters so well defined. Even David Farrar’s Dean, who is an important character in his own right, always manages to ensure that he does not overshadow the female performances.

The only thing more breathtaking than the performances is the cinematography. From the sweeping landscapes that played a major role in Sister Clodagh’s pre-nun life to the perilous mountain top where she now resides, there is no shortage of wonderful images in the film. The beauty of the film is not just relegated to landscapes, but also how the characters utilize the spaces they inhabit. In one memorable scene a 17 year-old temptress, Kanchi (Jean Simmons), strategically uses a mirror, handkerchief, and even hides under a table to draw the attention of the young unaware general. Breathtaking in regards to visual scope and storytelling, Black Narcissus knocked me over in a way I did not expect. It is a shame more modern day films are not this glorious.