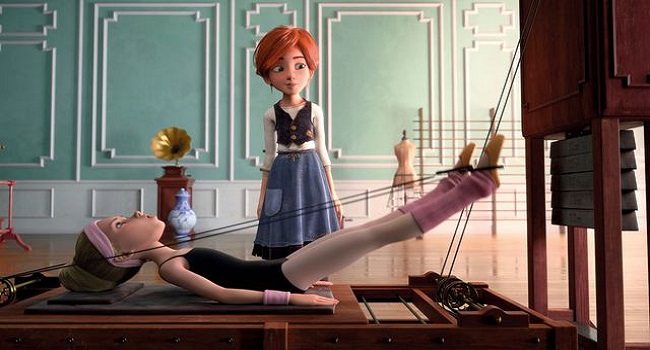 From a young boy seeking the acceptance of his mother’s new family, to the trials a child faces in their quest for education, strong and dynamic young protagonists dominate the screen at the 2017 TIFF Kids International Film Festival™. From April 7 through 23, TIFF Bell Lightbox welcomes the next generation of film lovers for the 20th anniversary of TIFF Kids. This premier festival for children ages 3–13 (and those young at heart) will educate, inspire, and entertain children and adults alike.

“We are thrilled to be celebrating our 20th anniversary with a programming lineup that reflects that excitement and features our biggest and best programme to date,” said Elizabeth Muskala, Director of TIFF Kids and Youth Learning. “With over 160 films from over 40 countries, the range and breadth of work presented at this year’s TIFF Kids Festival is sure to enlighten, entertain, and engage audiences of all ages. The 2017 lineup shines a spotlight on thought-provoking stories that explore diverse themes of home, family, identity and immigration. With titles such as Mauro D’Addio’s road adventure On Wheels; Michel Boujenah’s touching Heartstrings; the sweeping new Disneynature documentary Born in China, directed by Lu Chuan; and the beautifully animated Ivan Tsarevitch and the Changing Princess, from master storyteller Michel Ocelot — the festival presents films that tell both unique and global stories that moviegoers are sure to connect with.”

The TIFF Kids International Film Festival kicks off on Opening Night with the premiere of Kelly Asbury’s animated film Smurfs: The Lost Village, with an introduction and Q&A by the director. In this fully animated, all-new take on the Smurfs, a mysterious map sets Smurfette and her best friends Brainy, Clumsy and Hefty on an exciting and thrilling race through the Forbidden Forest filled with magical creatures to find a mysterious lost village before the evil wizard Gargamel does. Embarking on a rollercoaster journey full of action and danger, the Smurfs are on a course that leads to the discovery of the biggest secret in Smurf history! The festival’s Closing Night screening is the Canadian premiere of the first four episodes of Ronja, the Robber’s Daughter, directed by Goro Miyazaki of the acclaimed Studio Ghibli and featuring a lead voiceover performance by Gillian Anderson.

Other highlights include the 15th anniversary screening of the 2002 Toronto International Film Festival People’s Choice Award winner Whale Rider; the Canadian premiere of two episodes from the highly anticipated Disney Channel original show Tangled: The Series; and of course, in between films, families can explore digiPlaySpace, an interactive exhibition dedicated to interactive art, design, technology, and free onsite activities.

This year’s shorts consist of 18 diverse programmes showcasing over 125 Canadian and international live-action and animated films that address important issues faced by kids such as making new friends, exploring new cultures, and embracing diversity — in both families and circumstances. The films deal with a range of themes including resilience, empathy, exploration, home, and self-discovery.

Here are the feature films screening:

Full list of films (feature and shorts), special event, and ticket information can be found at TIFF.net/Kids