The 2016 Toronto Youth Shorts, which runs from August 5th to August 6th, is just a few days away and it is already shaping up to be another wonderful year for the festival. Showcasing 44 short films from emerging local artists, over three distinct programs, there is no shortage of films to whet every appetite. Those looking for films that challenge perspectives will want to give the Expect the Unexpected program a spin. If you have an interest in the ways technology impacts daily life, then the Perspectives program is for you. Individuals whose taste leans more towards films that explore society and diverse cultures will not want to miss the Prisms program.

In preparation for the event, the wonderful folks at Toronto Youth Shorts were kind enough to allow us to get a sneak peek of some of the films screening at the festival this year. Here is a small sample of the diverse films you will find in each program:

How to Pick Up Girls
Don’t be fooled by the cheeky title of Carly Howcroft’s documentary, this film has nothing to do with wooing females. Instead Howcroft offers an engaging work that explores what life is like for male cheerleaders. Touching on the ways the sport has had a positive impact on the young men’s lives, How to Pick Up Girls is not afraid to tackle the stigma that comes with cheerleading as well. The men in the film recount the suspicion, bullying, and physical expectations that they constantly deal with. Despite the adversities they may face, Howcroft’s film effectively shows how their passion for the sport continually drives them forward.

Tidal Waves
Kristina Wong’s stirring drama, Tidal Waves, ponders the perseverance of the human spirit. When spinal surgery prevents Riley (Xiao Sun) from dancing, the one thing that gives her life purpose, the soon to be university student is devastated. Little does she know that her prescribed water therapy may hold the key to moving her life forward. Anchored by Xiao Sun’s effective performance, Wong crafts a moving and uplifting drama that never feels false.

Filter
We live in an age where it is not enough to document one’s life on social media, one needs to be constantly mindful of cultivating the proper brand as well. In the timely documentary Filter, director Leah Lalich examines the lucrative world of Instagram influencers. Interviewing influencers such as Siffat Haider and Dana Herlihey, the film depicts how savvy individuals are turning their blogging hobbies into big bucks. Considered the new tastemakers, influencers have become an essential part of marketing strategies for major companies. While providing a detailed look at the 24/7 dedication needed to be an influencer, Lalich’s film is most effective when it touches on society’s obsession with image. As one professor points out in the film, authenticity in the social media age matters less than the perception of authenticity. One’s worth is no longer about what a person has achieved, but rather how many followers they have.

Gamers are Garbage
While #GamerGate may not dominate the headlines as much as it once did, the damaging effects are still being felt by many. Journalist Veerender Jubbal is one of the unfortunate individuals who found himself on the darker side of the hive mind of the internet. A vocal advocate for diversity and inclusion in pop culture, Jubbal’s life was turned upside down when someone manipulated one of his photos to make him seem like he was one of the terrorists in the Paris attacks. Receiving death threats and suffering from extreme anxiety, Jubbal has been forced to become a recluse in his own home. Though Peter Yamashita’s film follows a conventional format, it more than makes up for this in the way it captures the reckless nature of hate and racism online. Yamashita portrays Jubbal as a man who simply wants to live a normal life; one in which Sikhs, and minorities in general, are both represented and portrayed in a positive light in popular culture.

Pyaaz (Onions)
Newly arrived in Canada, Aryan is already missing his friends back home. While his mother and brother need to run a few errands, all he wants to do is Skype with his friends. Immersing himself in the online world, Aryan is blind to the family issue that has been unfolding around him. Though an intriguing premise, Shant Joshi’s film takes a while to find its footing. When the film does get going, notably when a near car accident causes emotions to bubble to the surface, Pyaaz reveals itself to have all the ingredients for a gripping family drama. One just wishes that the film’s script had spent more time exploring the family’s dynamics rather than Aryan’s self-centered nature.

Distance
As is stated in the opening voiceover, Distance is a film that deals with the uncomfortable in-between nature of life. That period where one is unsure of the direction that the journey will take you. Dropping us into the middle of the story, directors Sabchu Rinpoché & Roya Edalatmand do not offer much in the way of explanations. The audience simply observes the plight of a mother, Nour (Liana Bdéwi), who is desperate to get legal action underway to bring her son to Canada before it is too late. While sparse in answers, the film rich in emotions. Though it would have been nice to have a little more context to the Nour’s past, the performances by Liana Bdéwi and Karleena Kelly, as Nour’s friend Jenny, keep the viewers interest throughout. 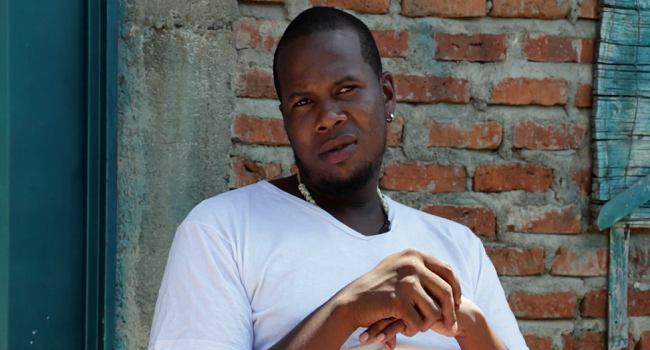 My Cradle and Tomb
Taking the audience to Villa Rica, a town near Cali, Columbia, Lina Evans weaves a captivating tale of corruption. Our guide into Evans’ documentary is Jota Ramos, a resident of the town who is fighting to keep the only source of fresh water the town has out of the clutches of one of the biggest corporations of the region. Eloquently capturing the levels of corruption within the land, My Cradle and Tomb is a heartbreaking look at the ways power and influence often trump basic humanity.

Wisdom Teeth
In her ambitious film Wisdom Teeth, director Sydni Lazarus mixes mythology and reality in her examination of the damaging impact of sexual assaults. Blending real-life accounts with the myth of Hades and Persephone, and throwing in acrobat imagery for good measure, Lazarus never falls prey to creative excess. Instead she crafts a poetically beautiful film that tackles the subject matter in a thought-provoking way. Designed to empower and inspire sexual assault survivors to share their stories, and eliminate the negative victim blaming stigma often surrounding these incidents in the process, the film is an effective conversation starter.

The full list of films screening and ticket information can be found on the Toronto Youth Shorts website.