When Matt Furie started drawing the cartoon character Pepe the Frog, the last thing he ever imagined is that it would become a controversial symbol. The beloved frog from Furie’s hit MySpace comic Boy’s Club was simply meant to be, like all the characters in the strip, a goofy extension of himself. A character who, despite the tendency to revel in juvenile humour, was designed to represent love and friendship. Unfortunately, as Arthur Jones’ captures in his documentary Feels Good Man, Pepe took on a dark life of his own after becoming a viral sensation.

Embraced as a symbol for those who felt ostracized from “normal” society, Pepe became a vessel that gave a sense of power to the seemingly powerless. Beloved by the NEET (Not in Education, Employment, or Training) community, and those in the alt-right, on the controversial site 4Chan, the Pepe meme became a global phenomenon when the likes of Nicki Minaj and Katy Perry shared it on their social media. What neither musician realized at the time was the ways in which the NEET community had weaponized Furie’s drawing. The more offensive the Pepe meme, the more it was gleefully shared. In their eyes Pepe the Frog belonged to them, it was their tool to celebrate all the things that society feared and rejected. 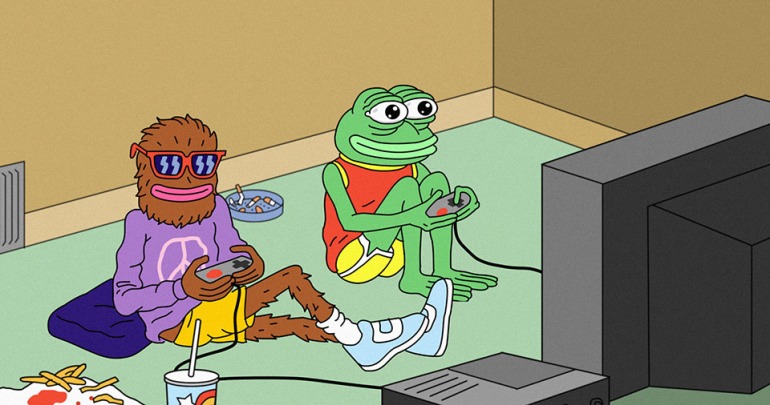 Offering insight into the rise of meme culture, Feels Good Man captures the ways hive mentality can bring out the worst in people on the internet. The film details how the cartoon character was transformed into a symbol of hate and mockery, and Furie’s attempts to change the narrative and reclaim his creation.

Although a well-meaning artist, Furie comes across in the documentary as a man who should have been wiser to what his character was evolving into online. His initial embrace of the online fanfare surrounding Pepe, including trying to market official Pepe the Frog shirts, seemed short-sighted. By time he realized who were placing Pepe on a problematic pedestal, the character had already taken a life of its own. Granted, it is impossible to stop an avalanche after it has started, but one can at least alert others of the pending danger.

While Jones does a solid job of showing that Furie’s values are the opposite of what the internet turned Pepe into, the film is most intriguing when it talks to members of the NEET community. It is in theses moments where one truly gets insight into the dangerous mix that isolation and the need for acceptance online can brew. Jones’ shows that, by cloaking everything they do and say under the guise of “it’s just jokes”, these questionable online communities are free to indulge in the worst traits of humanity without any consequences. Though the film would have benefitted from delving into this aspect further, Jones offsets these sequences with animation that manages to humanize Pepe. Feels Good Man is a cautionary tale of the dangers that come with online culture co-opting the narrative.