Based on a true story, Tiger is a boxing film that has several important things to say about racism in Canada and the power of perseverance. Unfortunately, due to the conventional way it approaches these topics, the message often gets overshadowed by the medium it is conveyed through.

After his temper gets the best of him during a soccer match, and costs him a spot on the Olympic team, a despondent Pardeep Narga (Prem Singh) returns home to his uncle’s home not sure what to do next. While out for a stroll one night he comes across a lawyer, Charlotte (Janel Parrish), who is having car trouble outside of a boxing gym. As if a sign from above, Pardeep decides to give the gym a look and is immediately met with discrimination, because of his Sikh heritage, by the boxers such as Brian Doyle (Michael Pugliese).

Unwilling to let the encounter go, Pardeep waits until Brian and his friends are finished training to pick a fight with them outside. Despite being clearly out matched, Pardeep’s courage catches the eye of gym owner Frank Donovan (Mickey Rourke), a former boxing champion, who sees immense potential in the young man. Taking Pardeep under his wing, Frank begins to impart his knowledge on his new protégé. As Pardeep starts moving up the competitive ranks, the boxing committee’s inherent prejudices towards Sikhs threatens to derail his boxing career forever. 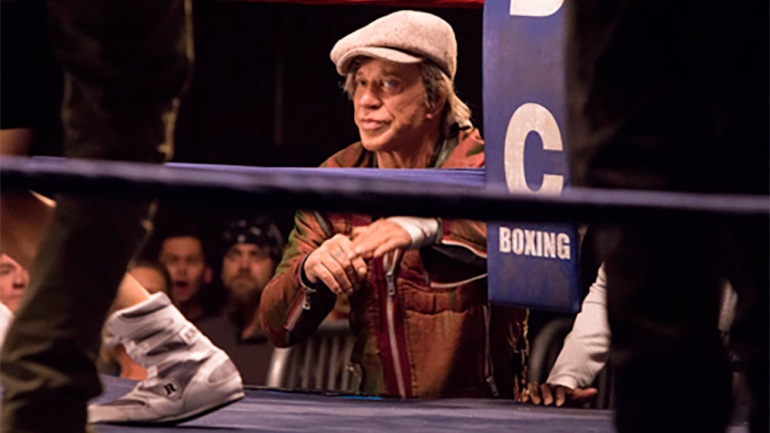 The script by Pugliese and Singh excels in highlighting the depths of racism that Pardeep endured in 1999. In documenting the great lengths that the Canadian Amateur Boxing Association went through to try and ban Pardeep for not shaving his beard, which would be a direct conflict with the Sikh faith, Tiger shows how easily organizations can infringe on human rights when left unchallenged.

Where the film stumbles is in its strict devotion to the familiar tropes of the sports film genre. Playing like a cross between Creed and Breakaway, the film hits every single note that you would expect. Whether it is Charlotte’s connection to Frank, the rivalry between Pardeep and Brian, or the romantic subplot, Tiger’s insistence on checking off boxes becomes distracting. This makes for a boxing film that has much to say, but lacks the overall punch in its delivery.