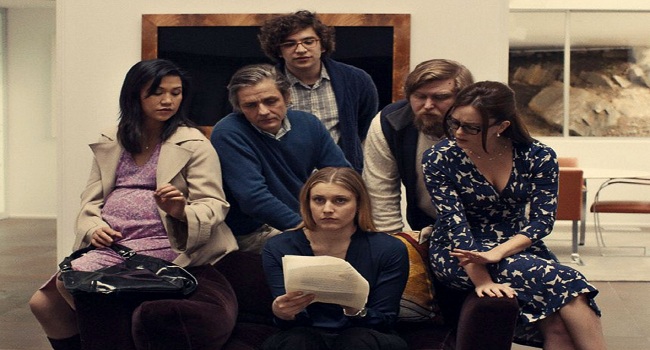 One of the charming aspects of Mistress America is that, being a film all about identity, it knows exactly what it is. The film finds strength and compassion within its characters foibles, while never letting them off the hook for their missteps. The brisk banter and breezy pacing harkens back to the early years of director Noah Baumbach’s career. Similar to the post-graduate individuals in Kicking and Screaming, the characters within Mistress America may talk an intellectual game, but it does little to mask that they have much growing up to do.

All the individuals in Baumbach’s latest work, even the seemingly affluent ones, are striving to obtain an unachievable façade. Like actors in a play of their own making, their performance is not driven by the pursuit of happiness, but rather acceptance. It is why freshman like Tracy (Lola Kirke), an 18-year-old talented writer whose first few weeks of college seem to be an extension of her awkward high school days, is so determined to get into the most exclusive writing club on campus. Her sense of personal validation does not hinge on having her work featured in the club’s revered publication, but on being acknowledged by the “it crowd”.

This desire to be recognized by the cool kids, opposed to merely observing their every move like she did in high school, is one of the reasons why Tracy is so infatuated with Brooke (Greta Gerwig). A beacon of confidence and style, Brooke is the ultimate cool kid. The 30-year-old, and soon to be half-sister of Tracy, represents everything that the Tracy wants to be. Instantly hitting it off on their first meeting, Brooke introduces Tracy to a vibrant side of New York life that is filled with endless possibilities. While she carries the aura of a modern day renaissance woman – tutors, teaches a spinning class, and is planning to open up her own restaurant to name a few – Brooke has yet to master, let alone commit to, any one thing.

Of course this fact does little to break the spell she has over Tracy, who sees Brooke as her creative muse. However, when Brooke’s restaurant plans become in jeopardy, the pair soon find themselves looking into the harsh mirror of reality.

What makes Mistress America such a delightful film is that the script, written by Gerwig and Baumbach, hooks the audience early. From the moment Brooke attempts to make her grand theatrical entrance down a flight of stairs in Time Square, while miscalculating how long she will need to maintain her strategically placed grin and exaggerated wide arms, the cracks in her well-manicured armor begin to surface. While Tracy may idolize her, it is questionable if Brooke is even a nice person. A hilarious encounter with a former classmate only hits this point home further.

Despite her self-absorbed, and at times malevolent, nature, it is hard not to root for Brooke. Gerwig and Kirke give such spirited performances that even their most cold-hearted moments are charming to watch. By the time the film reaches its peak of theatrical silliness, the audience has already put their chips all in on the pair.

The fact that the film never takes itself too seriously is part of the charm. Unlike its characters, the film is comfortable in its own skin and never seeks the audiences’ approval. Proving once again to be a dynamic creative duo, Baumbach and Gerwig deliver another whimsical gem with Mistress America.