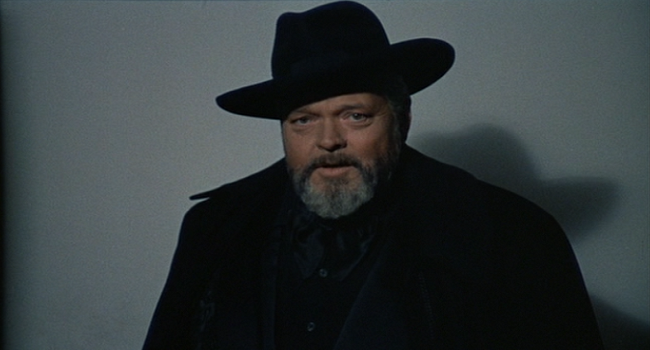 There is a mischievous grin that occasionally appears on Orson Welles’ face in F for Fake. A subtle facial gesture that feels all too familiar. It is the same smirk that can be found on the faces of magicians and con artists. That look which indicates deception is taking place, though the audience will not realize it until it is too late. So it should come as no surprise that the film opens with Welles performing a magic trick for two mesmerized young boys at a train station.

Like any good magician, Welles knows that the con is not in the way he turns a coin into a key, but rather the way he makes us believe either object is important in the first place. It is the type of trickery that F for Fake revels in. Welles even refers to himself as nothing more than a charlatan. After all what is a magician if nothing but an actor playing a part. However, even with such proclamations, we are still not prepared for the glorious amount of deception that takes place right under our noses.

F for Fake presents itself as a serious documentary attempting to expose the two greatest hoaxes ever to grace the art world. Welles’ camera peers into the souls of noted art forger Elmyr de Hory and his biographer Clifford Irving. Two revered men that had successful careers based on lies. Considered the greatest art forger of the 20th century, Elmyr’s paintings are not only identical copies of masterpieces, but are often mistaken as originals by so called art experts.

Irving’s book on Elmyr exposed the fallacy that exists within the art world. He showeds that “art experts” are nothing more than con men in their own right. They speak with authority on the financial worth of paintings, but often cannot tell the difference between a Henri Matisse original and Elmyr de Hory copy. It is important to note that Elmyr was eventually eclipsed in fame by Irving himself, who gained notoriety for writing a fictitious autobiography about reclusive millionaire Howard Hughes. 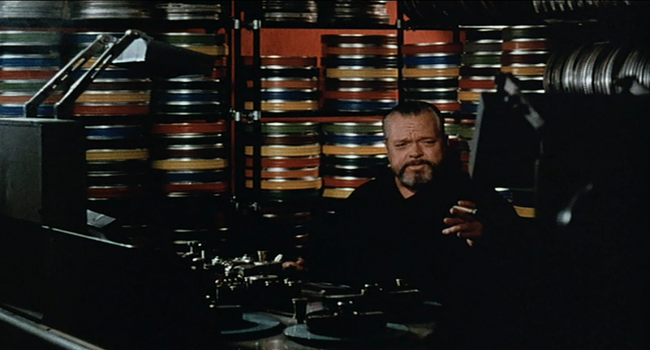 The path that links Elmyr de Hory and Clifford Irving takes Welles down a deep rabbit hole of lies. This slippery slope not only has the crafty director contemplating the latter years of Howard Hughes’ life, but also the false nature of his own fame. A failed painter himself, Welles found his way into the most deceptive of professions…acting. Remember, Welles first taste of success was the War of the Worlds radio play which tricked many Americans into believing that aliens were attacking the planet.

A proud ring master in a sham circus, Welles takes pleasure in presenting himself as the only trustworthy voice in the F for Fake. He even offers a promise that “during the next hour everything you hear from us is true and based on solid facts.” However, even this is somewhat questionable as he neglects to mention when this hour actually begins and ends. In fact, Welles has so much fun manipulating the medium in which he is conveying his message, including falsifying reenactments and slyly tinkering with archival footage, that it is a wonder if any of it is true at all.

Not that it really matters mind you.

The joy in F for Fake is simply watching its construction unfold on screen. There is a spry flow to the film that is simply infectious. Welles’ film not only condemns the modern state of art criticism with its so-called experts, the “new oracles of culture” as he calls them, but also shows how easy it is to deceive the common eye. This is especially true in the artistic playground of lies that is cinema. We expect films to offer revelations of a greater truth, to carry a certain amount of honesty, when in fact they are nothing more than a distraction. We focus our gaze on the beautiful woman walking down the street unaware that she is simply part of the artifice in the films’ construction.

While Welles stays true to his claims of being a charlatan, his tricks are far from old. F for Fake feels just as original and exciting as it must have been when it was first released in 1973. By the end of the film we are not so much concerned about the divide between fact and fiction. Instead we marvel at arts ability to both move and entertain us…regardless of who the puppeteer is pulling the strings.